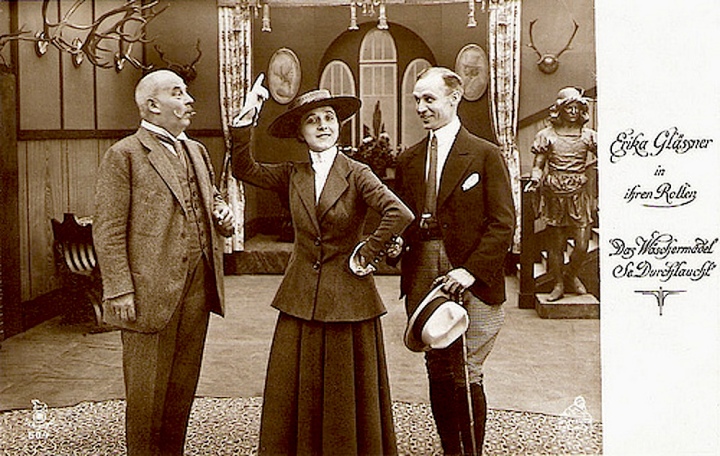 Erika Glässner began her career as a dancer before her film debut. Often playing the role of a “Backfisch”, or saucy young seductress, Erika Glässner enjoyed a long career in German film. In 1959,at the age of sixty, she committed suicide after the death of her husband.