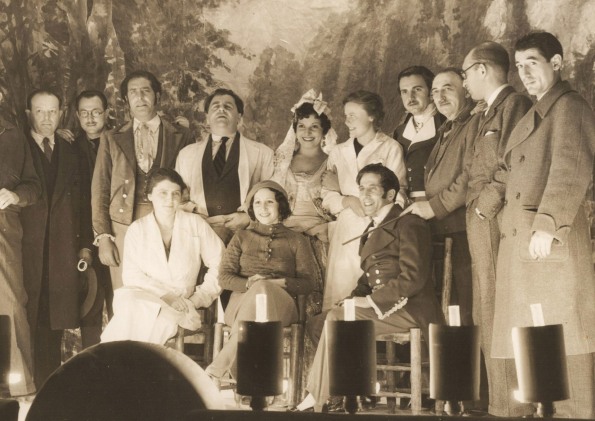 A production still from the Ibérica Films production Doña Francisquita (1935). My grandmother (and production chief) Edith Oliver sits in the foreground . Having to work on shoestring budgets forced Ibérica Films to operate very much as a family affair. Directly behind her stands the film’s director, Hans Behrendt. Both are dressed in the ubiquitous UFA work uniform…a white lab coat.